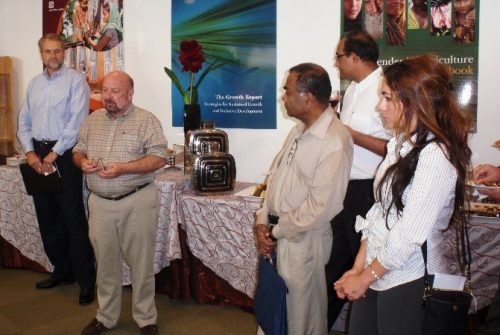 The Banks’ new Access to Information policy, which became effective on July 1, 2010 is ground breaking in several respects.  First, it represents a paradigm shift to a ‘presumption of disclosure’ in which the great majority of Bank documents will be accessible to the public and introduces an appeal mechanism for those that aren’t.  In this way, the Bank is setting a global standard for transparency and leading the way among other multilateral development Banks.  This policy is also remarkable due to the unprecedented role CSOs played in its consultation and implementation phases.

A number of CSOs, spearheaded by the Global Transparency Initiative (GTI) network, worked closely with the Bank to help design and carry out extensive policy consultations on the proposed policy during 2009. Over 50 consultation meetings and video conferences were held with CSOs and other stakeholders in 33 countries, many of these co-convened with CSOs such as the Carter Center.  The Bank created a web site to serve as an informational and feedback portal for the consultation process on which it posted the participants lists and summary notes of most of these meetings, as well as a final report on all input received and whether it was incorporated into the new policy.

This participation intensified during the planning phase for implementing the policy from January to June 2010.   CSO participation was led by the Bank Information Center (BIC), Argentinean Center for Human Rights and Environment (CEDHA) and the International Budget Project (IBP). Their representatives worked closely with the Bank-wide Access to Information Working Group (AIWG) in order to provide input and make suggestions on various aspects of the implementation plan including translation requirements, user accessibility, staff training, and CSO communications. This involved attending several of the AIWG meetings, meeting regularly with several of the sub-groups, providing detailed feedback on the staff handbook, and testing the usability of the new website.  They also reported regularly via their website to a broad network of CSOs around the world on implementation plans and issues.

Bank members of the AIWG felt that CSO input and involvement was quite valuable, providing the working group with real time feedback on how some of the policy features would be perceived and/or accessed by CSOs.  As a way of both recognizing and celebrating this collaboration, the Bank, BIC, CEDHA, and IBP hosted a Launch Reception on July 1st in the Infoshop (see photo).  CSOs have been involved in the consultation phase of Bank policies in the past, but this is the first time that they have been involved in the implementation process of a major Bank policy and thus represents an important milestone.  Perhaps the greatest challenge of the new policy will be to ensure that average citizens and affected communities can access timely and relevant information on Bank projects, and the Bank and these CSOs will continue to work on decentralizing this collaborative effort to the country level.