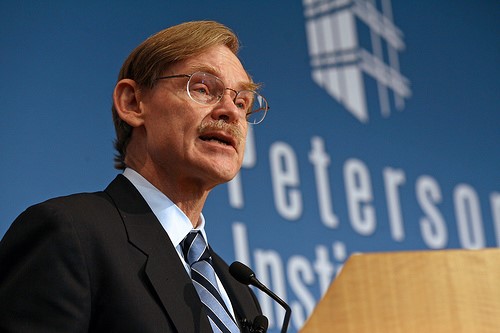 The recent democratic uprisings in the Middle East served as the backdrop for a major speech given by Bank President Robert Zoellick on the emerging role of civil society.  The speech, The Middle East and North Africa: A New Social Contract for Development  given at Washington’s Peterson Institute on April 6, may well mark a watershed in Bank – civil society relations.  He stated that “now it may be time to invest in the private, not-for-profit sector – civil society — to help strengthen the capacity of organizations working on transparency, accountability, and service delivery.”  Mr. Zoellick further said that “in one way or the other, a modernized multilateralism needs to recognize that investments in civil society and social accountability will be as important to development in the Middle East and beyond as investments in infrastructure, firms, factories, or farms.”

A quick review of World Bank history shows that as the Bank realized in 1956 that it needed to partner with the private sector in order to promote economic growth in developing countries, it established the International Finance Corporation (IFC) to invest in companies.  The Bank may be in a similar historic juncture regarding the indispensable role civil society plays in promoting social development, environmental protection, and good governance worldwide, and realizes that it must now engage civil society as it did the private sector earlier.

In some ways, Mr. Zoellick formally recognized what the Bank has learned over the past several decades.  As he stated, “a robust civil society can check on budgets, seek and publish information, challenge stifling bureaucracies, protect private property, and monitor service delivery.”  The Bank learned, for instance, that international and local NGOs play an indispensable role in disaster recovery by partnering with them in Indonesia after the 2004 tsunami. The Bank realized that the most effective way to combat HIV/AIDS at the community level is to involve local civil society, and for this reason the Bank has channeled over $400 million dollars to CSOs in 28 African countries through its Multi-Country AIDS Program (MAP).   More recently it has learned that by supporting such CSO-led instruments as participatory budgeting, citizens score cards, and budget tracking, it can help to promote better governance and improved government services.

While it is difficult to know what policy and programmatic changes this speech will usher in, it is clear that CSOs have already taken note.  Sam Worthington, the head of InterAction, stated that “the speech was a real breakthrough for us in the NGO world”.   “Mr. Zoellick said what we have known all along, that when civil society groups participate in the design, monitoring and management of public services, budgets are better used and there is less corruption.”  There is growing consensus that the Bank has advanced significantly in the openness and quality of its policy dialogue and consultation with civil society.  What this speech seems to reflect is the realization that what is needed now is a scaling up of its operational collaboration with CSOs.  Whether this will result in greater CSO involvement in projects at the country level or even new funding mechanisms is difficult to predict, but it is likely that we will look back at Zoellick’s speech as an important milestone in the Bank’s evolving relations with civil society.