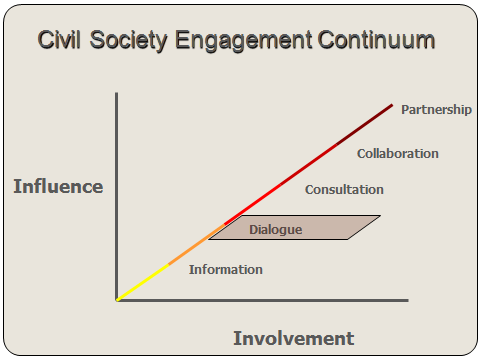 Of all the steps on the World Bank – civil society engagement continuum, policy dialogue has experienced the greatest advances over the years. As highlighted in the latest edition of the World Bank–Civil Society Engagement Review of Fiscal Years 2010–12, this interaction expanded over the past three years via a wide range of issues and events including Food Roundtables, book launches, and CSO conferences. It was the unprecedented number of CSO representatives who attended the Annual and Spring Meetings in recent years, however, which most clearly exemplified the growing intensity of the policy dialogue.

Not many years ago, CSO voices at the Annual Meetings were more likely heard outside the security perimeter protesting a variety of Bank policies. Today, CSOs are coming inside in growing numbers to actively participate in the weeklong Civil Society Program. While only a handful of CSO representatives attended the Annual Meetings a decade ago, by 2011 this number had surpassed 600. CSOs came to dialogue with the heads of the Bank and the Fund, hold bilateral meetings with Executive Directors, engage the media, network with other CSOs, and organize policy sessions. Several participatory methodologies and new events embedded in the Civil Society Program have improved the quality of WB – CSO civil society participation at the Meetings:

Another significant form of policy dialogue occurred around the impacts of the recent global food crisis and involved staff from the Bank, United Nations, and leading international CSOs. Since March 2008, the Bank hosted eight Food Roundtables with CSOs on the global food crisis, three of these held between 2010 and 2012. More than 150 representatives from leading CSOs and civil society networks in the United States, Europe, and more than a dozen developing countries participated, either in person or via video conferencing. Most of the roundtables, co-chaired by Bank President Robert Zoellick and various CSO leaders, addressed a number of issues such as the need to scale up agricultural production in developing countries, the role CSOs have played in government food security programs, and ways to increase development aid for agriculture and food security.

This dialogue led to greater mutual understanding and trust, which resulted in increased operational collaboration on agriculture and food security. For example, local CSOs participated in the delivery of government programs (including seed distribution, school feeding, and agricultural production programs) financed by the Bank’s Global Food Crisis Response Program in 16 countries. At the global level, for the first time, CSOs were invited to serve on the steering committee of the Global Agriculture and Food Security Program, which has allocated more than $400 million to food security programs in 12 countries since 2010. 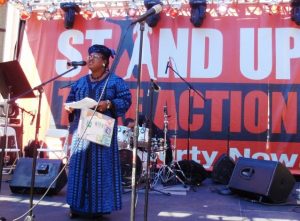 The Bank also engaged in policy dialogue by hosting CSO book launches at its InfoShop (its Washington, DC, bookstore and public information center) and discussing CSO reports. In October 2009, for instance, it launched The Unheard Truth: Poverty and Human Rights, by Irene Khan, Secretary General of Amnesty International.  Senior Bank managers were invited to speak at many large CSO events, such as the annual InterAction Forum and the CIVICUS World Assemblies. Managing Director Sri Mulyani Indrawati, for instance, spoke at the 2011 CIVICUS World Assembly in Montreal, and Managing Director Ngozi Okonjo-Iweala spoke to CSO activists at the “Stand Up for the MDGs, Take Action” event on the eve of the Millennium Development Goals (MDG) summit in New York in September 2011 (see photo). 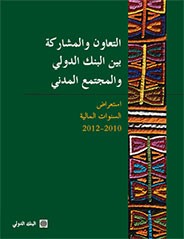 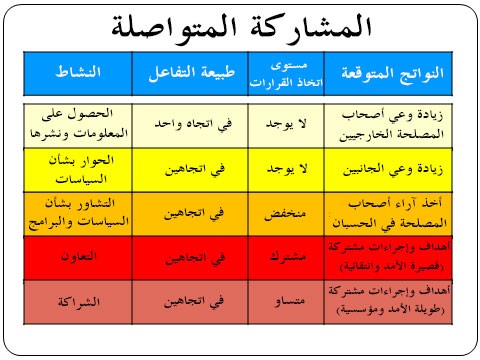 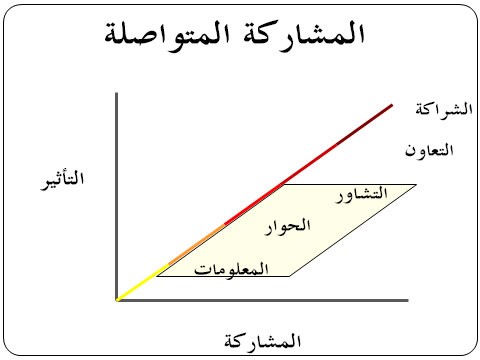 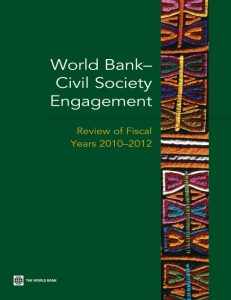 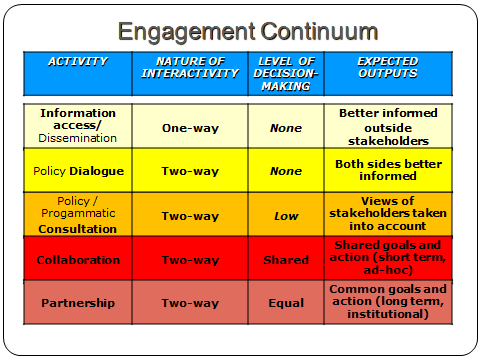 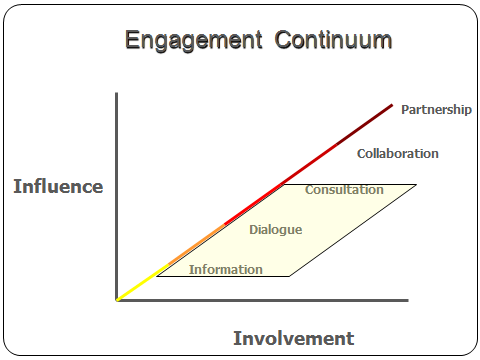